For centuries, the St. Lawrence River - including its tributary the Saguenay River - has played a fundamental role in the economic life of Canada. It remains a vital transportation link, crowded with commercial vessels of all kinds and purpose. These include bulk carriers filled with mineral ores and grain, tankers carrying oil, fuels and even wine, container ships loaded with consumer goods, industrial supplies and, in some cases, nuclear material. There are also passenger and vehicle ferries, fishing boats, pleasure craft, cruise ships and sightseeing boats. 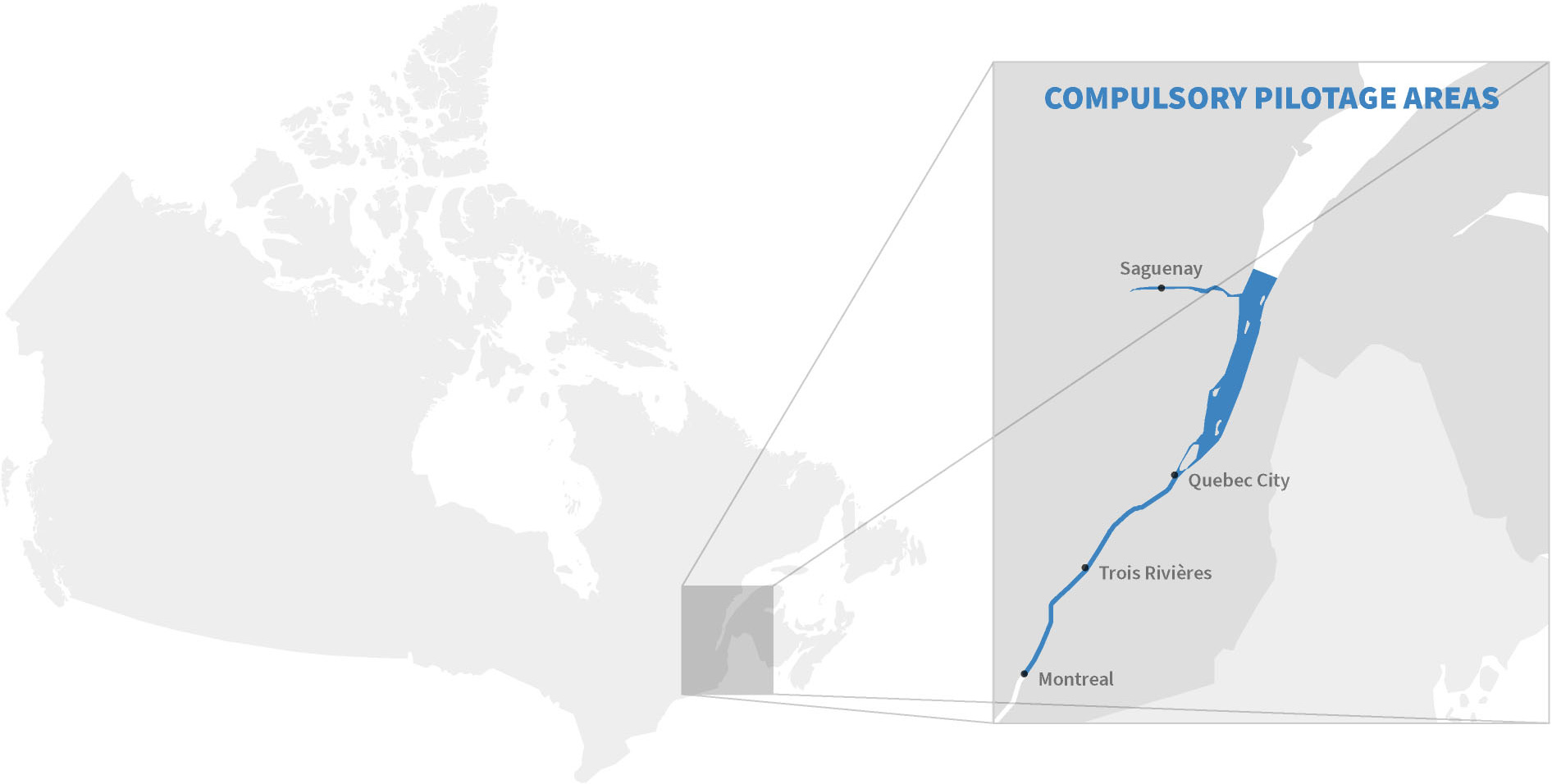 The challenge of ensuring that all this traffic moves efficiently and, above all, safely is made greater by the many risks and hazards presented by the weather and the River itself. Tides can exceed six meters, currents are strong and multi-directional, visibility is often severely reduced, particularly in winter, while ice creates dangers of its own.

Without safe navigation, there would not only be damage to vessels and possible cargo losses, but also loss of human life, while economic activity in the region and, indeed, throughout North America could be disrupted. Moreover, the St. Lawrence is the source of drinking water for dozens of communities along its shores - a marine accident involving vessels carrying toxic cargo could have a disastrous impact on the local population's well-being. The destruction of fish stocks and the damage, perhaps irreparable, to fragile marine and shoreline ecosystems would also be likely consequences.

It is easy to understand why pilotage is compulsory for virtually the entire length of the River. Experienced pilots, with a profound understanding of the local waters, are essential for safe passage. St. Lawrence pilots must also be proficient in French - something the masters of most of the vessels they are piloting are not. This proficiency helps ensure safety because the language of the River is French and understanding the communications made by other vessels on the River is essential to appreciate the dangers and to respond appropriately.

St. Lawrence pilots, who number approximately 200, have a great tradition of service; they have been active for longer than any other pilot group in Canada. Their reputation for responsiveness and for taking pro-active measures to improve the safety and efficiency of maritime traffic on the River is demonstrated by numerous initiatives including a pilot-owned training facility in Quebec City, equipped with state-of-the art simulator technology and the extension of winter navigation up the River to Montreal.

The CMPA supports the SODES' initiative promoting the important role of marine transportation in the economy of the Great Lakes-St. Lawrence Region.